Is she safe on this earth? 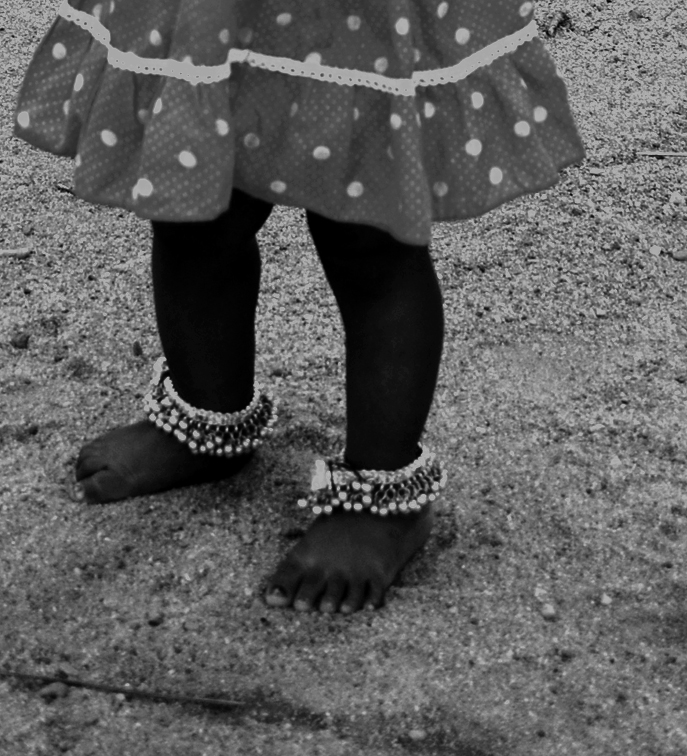 When her eyes welcomed the morning sunlight, she had never imagined that this day would bring an end to her laughter, or that she would be bidding farewell to her family. Like any normal person, she would have planned to her finish her day’s activities and would have dreamed of her future. How can we Indians forget this girl and her family? All the citizens of India have and still include her in their prayers. They pray that she gets justice and for the future of every girl child in India. But after a few days life or death struggle, she said good bye to us all.

Does the Delhi gang rape have an end? The people of India are asking for justice, the usual end scenario of rape cases. They doubt whether justice will be served. Who cares whether a girl has any dreams in her life or not? Even though we tell that India is developing, our economy is developing, our cities are developing, yet the constringe eyes of Indians never change. Sometimes we feel that we are living in a silent era where no one speaks up! What is happening to girls everywhere? From birth itself she is branded and portrayed as the minority. She is taught that it is the norm to be silent… don’t react… if u react then you will be kicked out. This is the real trauma of our society since ancient times. Here girls are categorized as a marginalized forcefully intromitted into the oppressed group. Still women come forward, speak up and travel to wipe out all the misconceptions of this time.

The development theory of communication comes up with practices to avoid this but we are still living in a world of under developed thought. We saw visuals of large numbers of people gathering in front of Rajpath and other parts of India raising their voices to get justice for the Delhi case. But will these barking dogs have the strength to bite?

The response from social media gives us sample awareness about how shamefully women are portrayed through men’s domination; Domination in the sense that masculine power of men is considered as the majority group. Here, each girl is following the theory of ‘Spiral of Silence’ i.e. the private choice of an individual’s interest valued in a public space. Here, the girl’s private interests and choice of sexual relationships are treated and discussed in the public space. This can be viewed in all rape cases that has happened so far. The men are still not ashamed of themselves. They continue to give awareness classes to young girls, when classes should be actually given to boys and men. At least this might give insight to those who need to control their nerve disease. This in itself is an example of violence against the girl child and women. Why are they always the one to be blamed? Don’t they have any right to live as a girl in this nation? Do these men treat even their own mothers and sisters in this manner? There are only a few girls who have grown up without being harassed in their life. It happens in many ways, not just through rape. It is like a chain of harassment that is growing in our society. These social evils should be wiped out completely from the society.

This does not happen only in metropolitan cities like Delhi, it something that happens daily in Indian villages. But most of these issues do not reach the public’s ears. They are blanketed; some of them have even vanished from this earth. Many are still under investigation without a proper end. They are living only inside police investigation files and courts. How many such stories have been hidden from India? We have no idea.

What is the difference between a man and a woman? Just because of biology can someone be marginalized from the society? Our society looks at mothers also a woman as identical to God, a super power but from the time she is born, she has to face the monopoly and injustice that the society throws on her.

Recent surveys show an explosion in violence towards young girls and women. Where are we going? It is shameful for a country like India that it still faces discrimination against girls. Why so we always consider girls differently? Why are only men seen as powerful and women as weak? There is an incurable injury in the minds of the society. It shows that beneath all its development, India is still conservative. If development in the society doesn’t help in the lives of people living in it, we can’t call it development. The time has come for us to wake up and make changes.

Inside the Boat Factory in Cuddalore

For the Love of Sculpting

Theatre: Bali, a performance by Adishakti

69 years of Hiroshima and Nagasaki

Smartphones: The Criminal who is eating up your Sleep

Release of documentary film on NCC by PU

In conversation with Orko Sinha

National symposium on ‘Ethics in Photography’

World Environment Day – Raise your voice not the sea level

Telangana: the 29th state of India

F-bloc: A tribute to childhood

India to support a stable maritime environment in Asia

The Chain Tree of Kerala- myths and mysteries

Palliative Care: A Touch to Heal

Satya Special School: a Home Away From Home

Dharmapuri: A village of burnt homes and lost belongings

In conversation with Kasha Vande