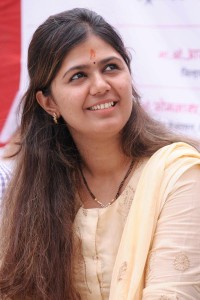 Gopinath Munde’s sudden death by a road accident on Tuesday morning left the whole country in a state of shock and mourning. He had just sworn in as the rural development minister in Narendra Modi’s new cabinet on May 26. The Prime Minister had tweeted after his colleague’s demise: “Extremely saddened & shocked by the demise of my friend & colleague Gopinath Munde ji. His demise is a major loss for the Nation & the Govt.”

64 year old Munde was on his way to the Indira Gandhi National Airport for a felicitation after BJP’s landslide victory when his vehicle was hit by another car at around 6:20 am at Prithviraj road-Tughlak road roundabout, said Union Minister Nitin Gadkari. The medical bulletin at AIIMS said, “Union Minister Gopinath Munde was brought to trauma centre at AIIMS at 6:30 am by personal assistant and driver.” It also said “Gopinath Munde collapsed in the car when the accident happened around 6:20am. He was declared dead at 7:20am.”

Gopinath Munde was mourned deeply by eminent people of the Hindi film industry. He is being remembered and missed as a “leader” and an “inspiring man”. Some of the tweets posted by B-Town celebrities are here as follows:

Javed Akhtar: The sudden demise of Mr. Munde has come as a shock to everyone. My condolence to the family and friends.

Sanjay Gupta: Saddened by the news of Mr. Munde’s death. The unpredictability of life… RIP Gopinathji.

Munde was cremated on Wednesday at his native village of Parli in Beed district of Maharashtra. Eldest daughter and MLA Pankaja Munde lit the pyre of her father. This action which is usually undertaken by a male was seen by many as a symbol of her filling up her father’s shoes.

Tens of thousands of people swarmed to the leader’s funeral. One of BJP’s biggest mass leaders, Munde was considered by many to be the architect of the win of 2014 elections. Even though Munde swore in as a minister he was yet to swear in as a member of the parliament.

Inside the Boat Factory in Cuddalore

For the Love of Sculpting

Theatre: Bali, a performance by Adishakti

69 years of Hiroshima and Nagasaki

Smartphones: The Criminal who is eating up your Sleep

Release of documentary film on NCC by PU

In conversation with Orko Sinha

National symposium on ‘Ethics in Photography’

World Environment Day – Raise your voice not the sea level

Telangana: the 29th state of India

F-bloc: A tribute to childhood

India to support a stable maritime environment in Asia

The Chain Tree of Kerala- myths and mysteries

Palliative Care: A Touch to Heal

Satya Special School: a Home Away From Home

Dharmapuri: A village of burnt homes and lost belongings

In conversation with Kasha Vande